Somalia has not had an effective national government for nearly three decades, during which much of the country has been a war zone. The terrorist group Al-Shabab has de facto ruled over large swaths of Somalia and initially gained support by promising people security. The group’s credibility eroded when it rejected Western food aid to combat a 2011 drought and famine. Despite an increase in targeted airstrikes by the U.S. under President Trump, Al-Shabab continues to conduct attacks in Somalia, targeting the Somali state and African Union Mission in Somalia (AMISOM) forces. The country is plagued by both armed conflict and worsening climatic shocks (i.e. droughts and flash floods) and this has resulted in the massive displacement of people.

Below in the blue is an overview of the humanitarian and peacebuilding needs in Somalia. In the red are the primary sanctioned groups presently operating there. Because U.S. law prohibits the provision of “material support” to listed terrorists individuals and groups as well as engaging in trade with sanctioned persons and entities, the presence of these groups and sanctions programs can impact the delivery of aid and peacebuilding programs. The list below is non-exhaustive and changes frequently, so it is important for nonprofits to check all partners and those with whom they engage in transactions against, at a minimum, the U.S. Specially Designated National (SDN) and the United Nations Security Council Consolidated lists. Below the charts is information on OFAC licenses, where applicable, and links to our research and advocacy, and other relevant information. 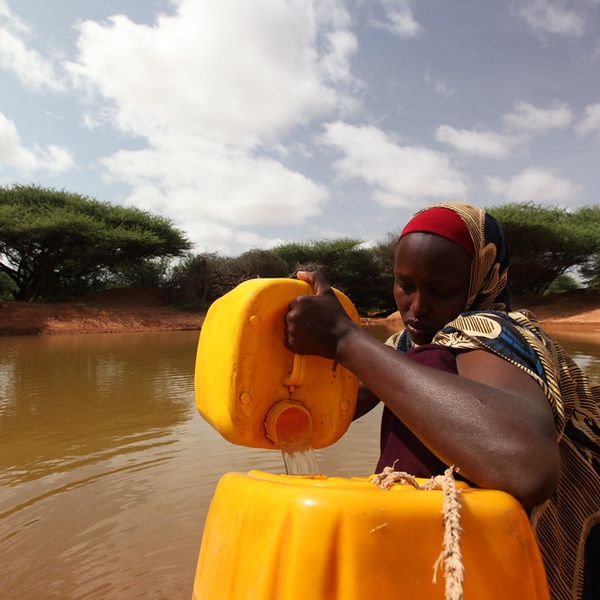 According to the United Nations Office for the Coordination of Humanitarian Affairs (OCHA), 7.7 million people, nearly half the population, are expected to need humanitarian assistance in Somalia in 2022.

Natural Hazards: Climate change is a major concern in Somalia. Drought and flooding are two common factors that drive humanitarian need in the country. Between October 2021 and February 2022, roughly 572,700 people were displaced by drought in Somalia, and 13,700 people were affected by a flood in May 2021.

Disease and Healthcare: An estimated 6.56 million Somalis will require lifesaving healthcare in 2022. The average life expectancy in Somalia is 51.5 years, a number driven largely by conflict, malnutrition, and diseases including COVID-19, cholera, measles, and malaria.

Ongoing Hostilities: Conflict between the Somali government, regional authorities, opposition forces and armed groups continue to exacerbate humanitarian conditions and kill civilians, as all parties to the conflict continue to carry out indiscriminate attacks in violation of international law. The U.S. has also been conducting counterterrorism operations in Somalia for over 15 years. Air Wars, a nonprofit that monitors civilian casualties in armed conflicts, estimates that U.S. military operations in Somalia since 2007 have killed between 68 – 143 civilians.

Displacement: Somalia is home to 2.9 million internally displaced persons (IDPs), 2.2 million of whom are in need of humanitarian assistance.

al-Shabaab: Formed in 2006, the group maintains strongholds in rural areas in the south and is responsible for numerous high-profile attacks throughout Somalia and in the northeast in Puntland State. The U.S. designated this group as an FTO in 2008. More information here.

Islamic State of Iraq and ash-Sham (ISIS) networks in Somalia: Active since 2015, this offshoot of ISIS formed counter al-Shabaab’s opposition to the federal authorities in Somalia with its own. The group operates throughout the country but conducts recruitment and training mainly in Puntland, the semiautonomous region in the northeast. It is designated as an FTO by the U.S. More information here.