Sorry, No More Chances for CVE

Sorry, No More Chances for CVE 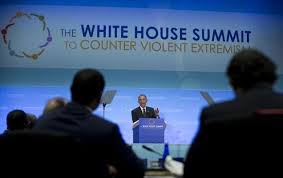 In a July 18 Letter to the Editor published in Just Security, the Charity & Security Network outlines the many problems with domestic countering violent extremism (CVE) programs to date. The letter explains that among the wide array of CVE detractors, not all oppose CVE for the same reasons. C&SN believes that domestic CVE programs have been irrevocably tainted by their relationship with law enforcement, which has primarily targeted Muslim communities with surveillance, entrapment and prosecution rather than rehabilitation, at the expense of civil liberties. While CVE has focused largely on individuals deemed “radicalized” or espousing “extremist” views without evidence of violence, the letter notes, “there is wide agreement among academics that there is no credible way to predict who will become a terrorist. Without such data, it’s possible that these practices may have even backfired, and could have contributed to turning some young people towards violent extremism.”