In response to the 9/11 terrorist attacks, the U.S. launched a military offensive on Afghanistan in search of al-Qaeda’s leader, Osama Bin Laden. According to the Costs of War Project, the war in Afghanistan cost the U.S. $2.3 trillion from 2001-2021, and has claimed the lives of over 176,000 people, including 446 humanitarian aid workers, and not including lives lost to indirect impacts of war like disease and lack of access to food and water.

In April 2021, the Biden administration announced that it would withdraw all U.S. forces, other than those needed to protect the embassy, from Afghanistan by September 11, 2021. In the wake of the U.S. withdrawal, the Taliban took control of the government of Afghanistan in August 2021, raising serious concerns about civil society access to the country given the U.S. designation of the Taliban as a Specially Designated Global Terrorist (SDGT) group.

Below in the blue is an overview of the humanitarian and peacebuilding needs in Afghanistan. In the red are the primary sanctioned groups presently operating there. Because U.S. law prohibits the provision of “material support” to listed terrorists individuals and groups as well as engaging in trade with sanctioned persons and entities, the presence of these groups and sanctions programs can impact the delivery of aid and peacebuilding programs. The list below is non-exhaustive and changes frequently, so it is important for nonprofits to check all partners and those with whom they engage in transactions against, at a minimum, the U.S. Specially Designated National (SDN) and the United Nations Security Council Consolidated lists. Below the charts is information on OFAC licenses, where applicable, links to our research and advocacy, and other relevant information. 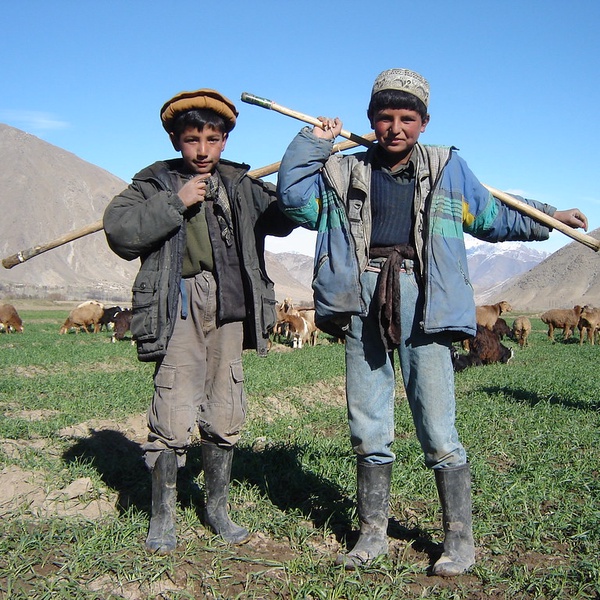 As of January 2022, according to the United Nations Office for the Coordination of Humanitarian Affairs (OCHA), over 24 million Afghans, nearly 60 percent of the population, require humanitarian assistance.

Food Security and Nutrition: According to OCHA, 23 million people are facing acute food insecurity, meaning their lives are in immediate danger. Over one million children are at risk of death due to severe acute malnutrition.

Natural Hazards: Afghanistan is considered prone to a number of natural disasters: earthquakes, flooding, drought, landslides, and avalanches. In 2020, according to OCHA, 108,721 people were impacted by natural disasters in Afghanistan, with floods accounting for a majority of the impacts.

Psychological Trauma: Afghanistan is the world’s deadliest conflict for children. Constant exposure to high-stress, conflict situations, and repeated loss of friends and family members are taking their toll on the mental health of people living in Afghanistan.

The Taliban: The Taliban is a Specially Designated Global Terrorist (SDGT) group. Since it took control of the government of Afghanistan in August 2021, civil society groups working in Afghanistan have had to contend with persistent questions about what transactions are or are not allowed. More information here.

Haqqani Network (HQN): Formed in the late 1970s, HQN aims to replace the Afghan Government with an Islamic state under the Afghan Taliban. Operational throughout the country, especially in Kabul and Paktiya and Khost provinces. Designated as a Foreign Terrorist Organization by the U.S. More information here.

Al Qaeda (AQ): Formed in the late 1980s, this terrorist group has an operational presence throughout Afghanistan. It is designated as an FTO by the U.S. and listed under the UN ISIL (Da’esh) & Al-Qaida Sanctions List. More information here.

Al Qaeda in the Indian Subcontinent (AQIS): Active since 2014, this group’s heaviest presence is in Afghanistan, especially in the eastern and southern regions. It is designated as an FTO by the U.S. More information here.

Islamic State of Iraq and ash-Sham-Khorasan (ISIS-K): An offshoot of ISIS formed in 2015, ISIS-K conducts operations in Afghanistan and Pakistan and is composed primarily of former members of the Taliban. Designated as an FTO by the U.S. and under the UN ISIL (Da’esh) & Al-Qaida Sanctions List. More information here.