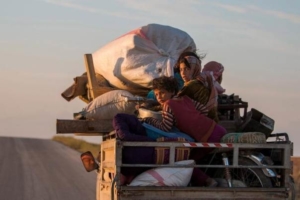 In addition, government donors and banks are requesting more in-depth audits since ISIS took control, adding time and cost to humantarian missions in Syria. According to the Syrian NGO alliance, a consortium of 90 NGOs working in the country, organizations have been forced to cancel projects because they could not keep up with the additional paperwork.

Data from the Thomson Reuters Foundation survey revealed that the bureaucratic workload had risen by an average of 7,000 extra man hours per charity in the two years since ISIS had taken root, the equivalent of three full-time staff. One charity said the cost of compliance reporting had doubled since March 2014.