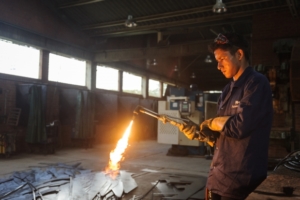 Experiences of injustice, rather than economics, drive youth to armed movements, according to a new report by Mercy Corps, Youth & Consequences: Unemployment, Injustice and Violence. According to the report, a growing body of evidence finds no relationship between unemployment and young people’s willingness to engage in or support political violence. Instead, recruitment is driven by factors such as discrimination, corruption, normalized violence, and poor governance. Furthermore, supply-side vocational training risks raising expectations that cannot be satisfied and aggravating perceptions of unfairness, especially where programs fail to target the most marginalized, are manipulated by local elites, or increase vocational skills rather than the supply of jobs.

Also problematic are youth empowerment strategies. Counterintuitively, they do not appear to contribute to stability—youth who are more civically engaged are more likely to engage in political violence. Because youth leaders tend to be more assertive and politically aware, they are more likely to react to injustices.

As the report explains, multisectoral programs that offer vocational training along with psychosocial support and protection measures can create positive outcomes for youth in conflict-ridden areas. However, these programs must be tailored to address the sources of violence rather than the symptoms, and implementing agencies must understand the local context, spend time building trust, and coordinate with other aid groups.

A holistic, systems approach looks at the various worlds that youth move through—family, school, work, peers, recreation—and seeks to engage on each of these layers. It is essential, however, that interventions be tailored to local context and drivers of conflict and developed with local youth. Creating meaningful connections between groups has been shown to reduce support for political violence, while simply increasing social connections only increases support for it. The type of interactions, rather than the quantity, is key.

The academic literature on recruitment to political violence increasingly sees it as an interplay of push and pull factors. Armed groups offer a way to escape or avenge the frustrations of society as well as purpose, dignity and a sense of belonging. Usually, these groups are borne out of a weak, venal or violent state. Without meaningful reform of these governments, creating meaningful opportunities for youth and improved security is only part of the solution. Integral to this work is lengthening the timeline for successful outcomes, along with flexibility, deep local engagement and a tolerance for risk. Aid programs employ few if any of these into their work. “The impulse to move fast thwarts thoughtful, locally rooted programs,” the report states.

As civil society moves towards this new paradigm, it is clear that there is much that is unknown. The proper mix of programs, exactly how to implement them, and the appropriate timeline are just a few of the variables. As groups chart their new course, the development community must speak with one voice to address systemic drivers of violence. Agreements for financial support where the state is corrupt or predatory should come with demands to improve governance, combat corruption, and reduce the social and political exclusion of youth. Where there is no state, programming must be flexible and evolve to meet unforeseen events. Discarding old assumptions about what works is the first step.