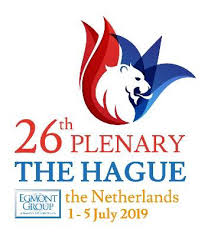 Bank derisking, one of the most significant threats to non-profit organizations (NPOs) and non-governmental organizations (NGOs), just got a publicity boost by none other than Queen Máxima of the Netherlands, who also serves as the United Nations Secretary-General’s Special Advocate for Inclusive Finance for Development (UNSGSA). The queen, in her latter capacity, opened the 26th Egmont Group Plenary on July 4, 2019 by speaking about the need to address financial access problems NPOs are facing, calling for collaboration to address financial exclusion for individuals and organizations alike. In particular, the queen spoke about the derisking of NPOs, which “is critical at a time when populations in need of humanitarian assistance are growing.”

Queen Máxima uses her platform as queen consort to the King of the Netherlands to advocate for “universal access to and responsible usage of affordable, effective and safe financial services.” She is uniquely suited for this role, having studied economics at the Universidad Católica Argentina and worked at numerous financial institutions, becoming an executive at HSBC James Capel Inc., Dresdner Kleinwort Benson and Deutsche Bank.

The queen’s speech highlighted the work of bodies like the Financial Stability Board (FSB), the Financial Action Task Force (FATF), the Basel Committee on Banking Supervision (BCBS) and the World Bank in their efforts to “counter the negative effects of de-risking on remittances and financial flows for non-profits.” She echoed the FATF’s recommendation that anti-money laundering (AML) and countering the financing of terrorism (CFT) efforts be taken in “proportionate” ways.

Queen Máxima made three recommendations for the Egmont Group to “foster both financial integrity and financial inclusion”:

She ended her remarks by reminding those listening that these solutions are within reach, and encouraging dialogue among all stakeholders.