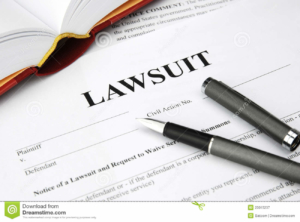 In recent years the False Claims Act (FCA) has been weaponized in an apparent attempt to harass, intimidate, and potentially shut down nonprofit organizations (NPOs) working in Palestine, including peacebuilding organizations. In the best-known case, the Carter Center was sued by the Zionist Advocacy Center (TZAC) on the grounds that in its grant agreement with USAID it falsely claimed it had not provided material support to a listed terrorist group. After a lengthy investigation, the suit was dismissed at the behest of the Department of Justice. Although the Carter Center case was dismissed, two other cases (against American University in Beirut and Norwegian People’s Aid) have been settled out of court, and TZAC says it currently has five more pending under seal. The Charity Security Network (C&SN) is coordinating a pushback campaign against these tactics and providing resources that can be found on its website here.

As part of its peacebuilding work in the Israel-Palestine conflict, the Carter Center hosted representatives of various Palestinian political parties, including Hamas and the PFLP [Popular Front for the Liberation of Palestine], both U.S.-designated terrorist groups, at its facility in Ramallah in May 2015. A picture from the meeting included in the complaint shows water bottles, fruit and cookies at the meeting table. Notably, in its motion to dismiss, DOJ said there was no allegation that the meeting at issue was funded by USAID or that the Carter Center failed to fulfill its grant obligations to USAID. It also noted that the Carter Center had not concealed its activities. It also said that while TZAC had a “difference of opinion with the Carter Center about how to resolve conflict in the Middle East” its complaint “does not allege facts addressed to the elements it or the United States must prove to establish violations of the FCA.”

The FCA was passed after the Civil War in response to fraud by contractors that sold the Union Army unusable materials for battle. It has since been updated but the basic principle remains: to give individuals (relators) the opportunity to sue for fraud on the government’s behalf. Currently the FCA is used mostly by whistleblowers in the defense or health care industries. Relators are guaranteed a portion of the monetary award or settlement. When a relator files an FCA case, the court places the case under seal while the agency involved investigates. This can be a lengthy process. During that time, the defendant does not know it has been sued. After completing the investigation, the government can pursue the case, let the relator pursue it alone or ask the court to dismiss it.

FCA lawsuits against NPOs are part of a broader attack by weaponizing existing law, or “lawfare” for political purposes. TZAC and similar groups have requested investigations by charity regulators and pushed financial service providers to cancel online donation processing services for groups working in Palestine. For example, TZAC unsuccessfully petitioned the IRS to revoke the tax-exempt status of Doctors Without Borders because it provides medical training at a hospital in Gaza, something TZAC argues is material support for Hamas. The U.S. legal prohibition on providing “material support” to listed terrorist groups is both broad and vague. Its application to training on nonviolent conflict resolution was upheld in the 2010 Supreme Coourt case Holder v. Humanitarian Law Project.

By politicizing the FCA, TZAC and its allies are making it more difficult than ever for NPOs to do crucial work in unstable places. Peacebuilding’s potential to reduce violence and conflict worldwide, saving and changing the lives of millions of vulnerable people, is curtailed by such efforts. To address this, C&SN is providing information on this alarming trend, including legal resources for NPOs that may be targets of these “lawfare” suits. It is building a coalition that is pushing back against inappropriate political use of the FCA. These resources include a printable issue brief, fact sheet, webinar (recording), and a page about steps organizations can take to protect themselves.

If you have any questions or comments, you can reach C&SN at info@charityandsecurity.org or on Twitter at @charitysecurity.