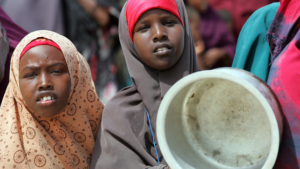 The Humanitarian Assistance and Peacebuilding Protection Act (HAPPA) of 2015 is proposed bipartisan legislation that would reform counterproductive counterterrorism laws to ensure that essential humanitarian and peacebuilding activities can be carried out in conflict zones around the world, including in areas controlled by designated terrorist organizations.

Under current law, U.S. humanitarian and peacebuilding organizations risk asset freezes and criminal prosecution if, in attempts to access civilians in need of lifesaving or peacebuilding assistance, they may interact with a U.S.-designated foreign terrorist organization. This has created fatal real-time scenarios and a culture of fear and risk-aversion that have forced U.S. humanitarian and peacebuilding organizations to fail in their mission to protect the world’s most vulnerable populations from preventable death, human suffering and coercion into violent action.

HAPPA would enable reputable humanitarian and peacebuilding organizations to carry out vital programs in global got spots that are needed to save civilian lives and help turn armed groups away from violence and extremism. It addresses barriers that current national security law and bureaucracy have created for charities seeking to aid children, women and men in need of lifesaving assistance who have the misfortune of living in areas where terrorist groups operate. It would also curb legal limits on faith-based and peacebuilding efforts seeking to end, or prevent, armed conflict before it requires expensive military or humanitarian interventions.

As witnessed in Somalia from 2010 to 2012, nearly 260,000 people, half of them under the age of five, died from a famine that was predicted months in advance. These deaths were largely preventable had aid organizations been permitted to provide humanitarian services in areas controlled by al Shabaab, a designated terrorist organization, without fears of violating U.S. law.

If passed, HAPPA would tackle the harmful effects from these measures that specifically delay and block humanitarian aid and peacebuilding activities.

HAPPA is based on proposed legislation in 2013, the Humanitarian Assistance Facilitation Act (HAFA), which did not pass. There are no legal differences between HAPPA and HAFA. The ‘Findings’ section of the bill and title were adjusted to better reflect the need for peacebuilding in conflict-ridden areas. Read more about the 2013 HAFA bill.

Specifically, the 2015 HAPPA would amend the International Emergency Economic Powers Act and the Antiterrorism and Effective Death Penalty Act, including the Material Support Statute, to allow aid groups to engage in speech or communication with a terrorist organization to prevent or alleviate the suffering of a civilian population. It would clarify that the President does not have the authority to restrict transactions with a foreign person that is subject to sanctions when the transactions facilitate the donation or provision of humanitarian goods and services. It also would create an Advisory Council on U.S. policy, at the direction of the Secretary of State, related to non-governmental activities in areas affected by certain sanctioned foreign persons.

At the same time, HAPPA would prevent bad-faith actors from abusing the civilian access provision by requiring State Department notification, robust due diligence, and excluding organizations that have previously been prohibitied from receiving U.S. government contracts or grants.