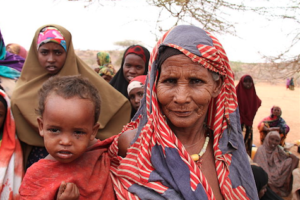 In a recent blog post at the World Policy Institute, aid and peacebuilding experts describe how counterterrorism laws and regulations, such as the material support statute, constrain non-governmental organizations (NGOs) by limiting their permitted activities and impede the delivery of aid to vulnerable populations in areas controlled by terrorist groups. By prohibiting most forms of contact with these groups, David Newton of Conciliation Resources and Sophie Delaunay of Médicins Sans Frontiéres (MSF), say these measures stifle peacebuilding efforts and jeopardize the safety of aid workers on the ground.

The harm created by these measures was most apparent during the Somali famine of 2011, where delays in aid delivery to nearly two million civilians trapped in al-Shabaab-controlled territory led to a prolonged and exacerbated food security crisis. “There were private resources which might have been available, which were substantial, but couldn’t be used,” CSN’s Kay Guinane said. “The result was tragic.”