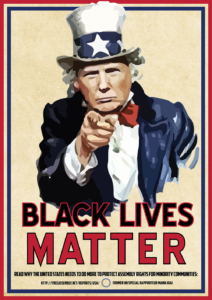 In July 2016, Maina Kiai, Special Rapporteur on the rights to freedom of peaceful assembly and of association, visited the United States on an official mission to assess the civil society’s freedoms of assembly and association. While regarding the United States as “a nation of …resilience,”  Kiai stressed its current struggle “to live up to its ideals on a number of important issues.”

Kiai’s findings were largely unsurprising. He pinpointed the issue of racial, social and economic inequality as the most critical  when assessing assembly and association rights in the U.S.

“Racism and the exclusion, persecution and marginalization that come with it, affect the enabling environment for the exercise of association and assembly rights,” Kiai said.